If Churches Can Change, They Can Grow 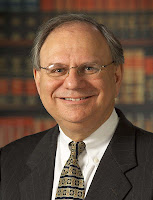 The following is from The Lewis Center for church Leadership and can be found here.  Although it is from America there are some basic lessons that can be learnt.

An exceptionally revealing report on church growth is now available from the Faith Communities Today research project. Drawing on extensive survey data, noted researcher C. Kirk Hadaway paints a compelling picture of factors leading both to church growth and decline. Churches have differing degrees of control over these factors.

Factors Beyond the Control of Congregations

Region. If your church is in the South, it is far more likely to grow than churches in any other region.

Population growth. The strongest demographic correlate with growth is an increase in the number of households in the area.

Congregation’s age. The more recent its founding, the more likely a church is to grow.

Household makeup. The proportion of households with children in the home is positively related to growth.

Factors Over Which the Congregation Has Some Control

Age of members. Churches with a healthy mix of ages tend to be growing, but those with more than 40 percent of regular participants over 60 are much less likely to grow.

Gender makeup. Churches able to attract larger proportions of men than other congregations are more likely to grow.

Factors Over Which the Congregation Has Much Control

Spiritual vitality. There is a strong relationship between growth and the sense that the congregation is spiritually vital and alive, a place where people encounter God.

Character of worship. A congregation that describes their worship as “joyful” is more likely to experience substantial growth, and churches where worship is described as “reverent” are least likely to grow.

Change. Congregations that say they are willing to change to meet new challenges also tend to be growing congregations.

Congregational Identity. When all congregations are combined, there is very little relationship between growth and theological orientation. More important is the religious character of the congregation and clarity of mission and purpose.

Website. Congregations that have started or maintained a web site in the past year are most likely to grow.

Sponsoring public events. Congregations that sponsor events are more likely to grow. These programs attract both members and non-members. This adds value for members and gives non-members a low-key opportunity to visit the church.

Support groups. Among churches where support groups are a key program, two-thirds are growing.

A subtitle of the report sums up the reality churches face. “If churches can change,” it says, “they can grow.”