The patron saint of atheism 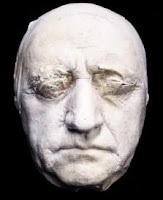 The new darling of the Atheist cause is a man called Jean Meslier a late 17th early 18th century Roman Catholic priest from the Ardennes. He took Holy Orders and, on January 7, 1689, became priest at Étrépigny, in Champagne. He served in his office for 40 years. He lived like a pauper, and every penny left over was donated to the poor.

However, when Meslier died, there were found in his house three copies of a 633-page octavo manuscript in which the village curate denounces organized religion as "but a castle in the air" and theology as "but ignorance of natural causes reduced to a system".

In his Testament, Meslier repudiated not only the God of conventional Christianity, but even the generic God of the natural religion of the deists. For Meslier, the existence of evil was incompatible with the idea of a good God. In his most famous quote, Meslier refers to a man who "...wished that all the great men in the world and all the nobility could be hanged, and strangled with the guts of the priests."

He also denied the existence of the soul and dismissed the notion of free will. In Chapter V, the priest writes, "If God is incomprehensible to man, it would seem rational never to think of Him at all"; Meslier does think of him, however, for several hundred pages more, in which he calls God "a chimera" and argues that the supposition of God is not prerequisite to morality. In fact, he concludes that "[w]hether there exists a God or not [...] men's moral duties will always be the same so long as they possess their own nature".

Meslier then is the new 'patron saint' of atheists, someone who "de-converted" - to use one of the new atheists favourite new words - and whose example, they hope, will inspire other secret atheists within the clergy ranks, to 'come out' and declare, publicly, their unbelief.

A few reflections:
First, is Meslier such a good example? Having kept up the charade of pretending to be a priest, hearing confessions and preaching the Christian faith, trusted by his faithful congregation and being sustained by the very church he vilified and denied, Meslier demonstrates a character which is somewhat less than good. If this is an example of what an inspiring atheist is meant to look like, then I am glad I am not an atheist. Meslier's dishonesty, lack of scruples and low-level morality makes the Christian case not undermines it.

It must be noted that Meslier did face the threat of death for preaching atheism at the time and so some allowance should perhaps be made for his lack of courage in articulating his unbelief, but set against the numerous Christian Martyrs of every century since Christ - men, women and children -  who went to their deaths rather than compromise, Meslier comes out as a man with insufficient conviction to inspire anyone except thosewho already look to him to validate their own convictions.

Second, Meslier's arguments are familiar and constantly re-cycled by those who disagree with people of faith ("there is nothing new under the sun"- Ecclesiastes 1:9). The fact that he was masquerading as a priest and then de-converted does not make those arguments any more credible or persuasive.

Third, what makes his quote (above) such a famous or good one? Wishing the death of all "great men....and.. all nobility" demonstrates his lack of humanity, his simplistic view that generalises that all such people are universally bad, and lacks the compassion which is a feature of the very Christianity he criticises and derides.

Meslier's 'de-conversion' signifies nothing except one man's dishonesty and his ability to masquerade as a man-of-God until his cowardly post-death confession when he was not there to face his critics and detractors. The athiests I know - and admire - at least have the courage of their conviction and are willing to stand up for their beliefs. Meslier is not a good example of a good atheist.