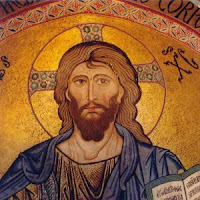 Some sixty years ago a parish priest, J B Phillips, sent a copy of his translation of Colossians to C S Lewis. He wrote back with great encouragement: 'It's like seeing an old picture after it's been cleaned.' Lewis suggested he should translate all Paul's epistles, and offered a possible title - 'Letters to Young Churches'.

This suggestion was accepted and Phillips went on to translate the whole New Testament and then wrote a short book, Ring of Truth, expressing the profound impact the experience of translation had made on his life.

In it he wrote this astonishing passage:
"One letter which really struck me a blow from which I never recovered was 1 Corinthians. I was reminded that Corinth was a byword for every kind of vice and depravity. I had a fair picture of the sort of place it must have been for the founding of a Christian church, when I suddenly came across 1 Corinthians 6: 9-11. Paul writes: 'Don't be under any illusion. Neither the impure, the idolator or the adulterer, neither the effeminate, the pervert or the thief, neither the swindler, the drunkard, the foul-mouthed, or the rapacious, shall have any share in the kingdom of God. And such were some of you.'

Out of his whole translation, Phillips puts this one sentence in italics. 'I realised', he wrote, 'what an astonishing piece of Christian evidence this is, to Paul and his fellow apostles. It was plainly the invasion of the human spirit by God's own spirit.'

I recall a recent conversation I had with someone who, although they do not believe in "organised religion" nonetheless want to bring their children up on Christian principles because they believe that these would be good for their children. While I have a lot of sympathy for this approach and would certainly recommend it rather than try and make up morality as you go along, I can't help but see that it will, ultimately lead to disappointment and frustration. Why? Because as Paul points out in the above passage, the sort of moral behaviour that is consitent with the Christian Faith comes not from keeping rules or from apeing good behaviour - no matter how well-intentioned that is - but from God Himself, living within us by His Holy Spirit. The Corinthians were thoroughly immoral people in every way until they embraced Christ Himself and were invaded by his Holy Spirit.

Perhaps I am being too harsh. Better something than nothing I suppose. But how much easier - not easy, 'easier'- would it be if only the whole truth were grasped and not just a very small part of it.
Posted by My name is Mark Williams. at August 22, 2011