Who wrote the New Testament? - Part 3 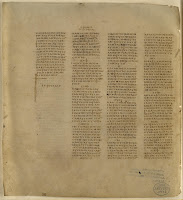 OTHER CONTROVERSIAL BOOKS
My favorite New Testament book, the Epistle to the Hebrews, was clearly excluded in the Western Church in a number of listings of the second, third, and fourth centuries. Prominent among reasons for excluding this book were concerns over its authorship. Primarily due to Augustine and his influence upon certain North African councils, the Epistle to the Hebrews was finally accepted in the West by the end of the fourth century.
On the other hand, the book of Revelation, also known as the Apocalypse, written by the Apostle John, was not accepted in the Eastern Church for several centuries. Once again, questions concerning authorship of the book were at the source of the controversy. Among Eastern authorities who rejected this book were Dionysius of Alexandria (third century), Eusebius (third century), Cyril of Jerusalem (fourth century), the Council of Laodicea (fourth century), John Chrysostom (fourth century), Theodore of Mopsuesta (fourth century), and Theodoret (fifth century). In addition, the original Syriac and Armenian versions of the New Testament omitted this book. Many Greek New Testament manuscripts written before the ninth century do not contain the Apocalypse, and it is not used in the liturgical cycle of the Eastern Church to this day.

Athanasius supported the inclusion of the Apocalypse, and it is due primarily to his influence that it was eventually received into the New Testament canon in the East. The early Church actually seems to have made an internal compromise on the Apocalypse and Hebrews. The East would have excluded the Apocalypse from the canon, while the West would have done without Hebrews. Simply put, each side agreed to accept the disputed books of the other.

WHO DECIDED?
With the passage of time the Church discerned which writings were truly Apostolic and which were not. It was a prolonged struggle taking place over several centuries in which the Church decided what books were her own. As part of the process of discerning, the Church met together in council. These various Church councils met to deal with many varied issues, among which was the canon of Scripture.
These councils met to discern and formally confirm what was already generally accepted within the Church at large. They did not legislate Scripture as much as they set forth what had become self-evident truth and practice within the Churches of God. The councils sought to proclaim the common mind of the Church and reflect the unanimity of faith, practice, and tradition of the local Churches represented.

The Church Councils provide us with specific records in which the Church spoke clearly and in unison as to what constitutes Scripture. Among the many councils that met during the first four centuries, two particularly stand out: