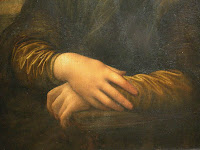 (A two year old blog imported from a blog I have just erased.)

It’s 10.15 AM and I have just finished breakfast. There is movement along the landing, between one of the bedrooms and the bathroom as Hannah gets ready for her job in Shoezone, a rather downmarket shoe shop in Swansea. Hannah is better (or worse) than any alarm clock on Saturday morning because she never walks without stomping, never opens a door without crashing it shut and never steps into the shower without somehow making it sound as if a large burly man was trying to squeeze through a rather narrow but cluttered space.

Alternatively Ruth, our youngest, comes a close second, with her radio/cd player blasting out Michael Jackson’s ‘Killer’ or her loud conversations with one of her friends (who must be deaf) about arrangements for their Saturday trip to Town.

It’s Saturday, and Saturday in the Williams household means only one thing – football (or to any Americans who may be reading this – soccer). It’s a day when we either go and watch our favourite team the ‘Swans’ – the nickname of Swansea City Football Club – at the Liberty Stadium, or if they are playing away, listen in on the radio. Either side of that main event we watch just about any other football match we can find on Sky, because football – any football – is something we have come to love.

It has not always been this way. For years Saturdays have come and gone. They have been days of easing down before the rigours of the Sunday rush when the most we would do was visit one of our parents, done a little shopping or just generally taken it easy. But one day everything changed. Hazel ’saw the light’.
I, personally, have always followed the Swans over the years, and even if I was too busy or far away to actually go and see them regularly, I would always check the results every Saturday and keep an eye on their progress (or regress). This however got much more serious for both Hazel and myself when over two years ago we decided we go and see the Swans play in their brand new 20,000 seater stadium at the Liberty. Hazel had never been to a live match before and was curious to see what it would be like and besides it was Ben’s birthday and a chance to go with him to see his favourite team. We could not have picked a better day. It was a bright September Saturday afternoon, the sun was ablaze in a cloudless blue sky and the Swans were playing their second or third match of the season. The place was packed and the atmosphere sparked with expectation. We were not disappointed. Swans put seven past a rather lacklustre Bristol City prompting the club to sack their manager a few days later, and Hazel was well and truly hooked.

One of my favourite stories in the New Testament is the conversion of St.Paul on the road to Damascus. What a story. One minute he was after the blood of Christians, approving of the murder of St. Stephen and arresting just about any of ‘The Way’ he could lay his hands on and the next he was telling anyone who would listen how Jesus was the long-awaited Messiah and Son of God. It was a complete turn around, a one-point turn, and for many years became for me a kind of model of Christian conversion that I longed to see in my own ministry (although I failed to realise at the time that it is actually the exception rather than the rule).
What happened to Paul in Christian terms happened to my wife in football terms. That day in the Liberty was her ‘Damascus Road’. Not only did we go on and see every other Swansea City home game for that season but the following year we bought a season ticket each and we have done so ever since. Our new foudn enthusiasm did not end there. We have bought dvd’s of their more outsanding games, treated ourselves to supporter’s scarves and other accoutrements and regularly check the clubs’ various websites to see what the latest news was. Once I even spent several hours queuing up for the players to sign the club calendar so I could surprise Hazel for Christmas. And the ‘magnificent obsession’ does not end there. All this has had the knock on effect of us watching just about any football match that comes on the television even minor league matches. It has also resulted in Hazel developing an understanding of the minutiae of the game even to the point of understanding the notoriously difficult ‘off-side’ rule. I was in awe of the change that had occurred.
What caused this turn around? What was responsible for such a transformation? Was it the atmosphere of the occasion, the weather or the score? I am sure it helped in some way as it all conspired to make something truly memorable and enjoyable. Like any true’ conversion’ the test would come when the skies are grey and rain-soaked, the atmosphere is poor and we lose at home. Hazel passed them all and she kept going. Her ‘conversion’ was the genuine article.

Was it some need or lack in her life which going to watch football filled? Was there a space or ‘football shaped’ hole in her life that needed filling? Maybe, as there were few things we would do together other than Church, shopping or occasional (and I mean occasional) trips or meals out.
Was it some kind of revelation or insight into something previously hidden that afternoon as we watched twenty four men chase a white ball around on a green blanket of grass watched by 18,000 chanting onlookers? Maybe. What else could have accounted for such a turn around in a life which, until then, faced in a competely opposite direction?

Whatever the cause, in the end, like St. Paul, it’s one of those wonderfully profound mysteries where everything seems to come together, coalesce and conspire to take an individual from one ‘place’ to another, where joy pours in to where joy was not before and life takes on another meaning or direction. It was certainly that for us. Now we do something that brings us closer together, and whether it was God or an inspired Swansea perfomance or both, I don’t really care. The fact is that life on Saturdays will never be the same but something we now both look forward to doing and enjoying together.