The democratization of morality 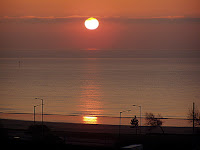 In the absence of God, who decides whether a thing is right or wrong? Take sex outside of marriage, for example. Christians would agree that it is wrong and potentially destructive, undermining marriage and opening the door to unwanted preganancies etc. But times have changed and now society has decided that it is no longer taboo but actually perfectly acceptable. It has voted with its feet – or some other part of its anatomy – and collectively decided that we no longer need to view it as wrong. Morality therefore has become democratized. Because the majority are in favour, any conflicting – i.e. Christian - view is demonized as moralizing. A decision has been made, the votes cast, and sex before marriage is officially ‘in’. (Note: for many it has always been ‘in’ but never in such a publicly approving way). But there are huge problems with this approach because something (or someone) is fuelling this this way of thinking. Someone is persuading the majority that this is okay and the way forward. They, the public, are not uninformed, so who is informing them? Who or what is driving this forward?
Also there is a danger that if enough people think it is good then bad is turned on its head and evil is the new ‘good’ so to speak. Which reminds me of a passage from Isaiah: “Woe to those who call evil good, and good evil; who substitute darkness for light and light for darkness; who substitute bitter for sweet and sweet for bitter!” Isaiah 5:20. Isn’t that what has happened in Germany in the last world war. Somehow a whole nation was persuaded into thinking that getting rid of the Jews was a ‘good thing’ and that their presence was somehow evil. So thousands of blind eyes were turned as Hitler set about their extermination.
So the way things are going I am getting increasingly worried. Today it is sex before marriage, yesterday it was abortion on demand, what will tomorrow bring?
Posted by My name is Mark Williams. at August 01, 2010

Email ThisBlogThis!Share to TwitterShare to FacebookShare to Pinterest
Labels: Morality