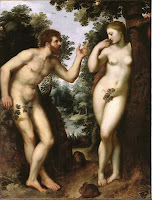 On the face of it, the U.S. Supreme Court's ruling that the government should stay out of people's bedrooms seems reasonable enough. Had law evolved "ex nihilo"—from nothing—then indeed why not strike down Texas' ban on private consensual sex between adults of the same gender?
But until now there seemed to have been a consensus among societies with monotheistic traditions that all civil law was rooted in natural law, which is written upon created order and, as the apostle Paul put it, "graven on the heart of man."

Natural law is God's witness even to societies, which do not acknowledge him. Since time immemorial most healthy cultures have shared a belief that it is wrong to murder, steal, lie, commit adultery—and commit certain sexual acts considered deviate. This is not to say that for every violation of natural law, including homosexual behavior, people should be locked up or fined; if this were so, more straight than same-sex couples would find themselves behind bars, simply because the former outnumber the latter. Much of what is against natural law is thankfully no longer punishable.

However, much as we may agree on this, the Supreme Court has taken matters considerably further. "The court system legalizes the departure from natural law," warns the Rev. Gerald E. Murray, a Catholic priest and canon lawyer in New York. "The Supreme Court reads the current liberal agenda as if it were incorporated into the Constitution by those who wrote it. And with that the court is engaging in a major falsehood."

Of course, it is open to debate to "what extent civil law must follow natural law," allows the Rev. Gerald R. McDermott, an evangelical Episcopal priest and professor of religion and philosophy. Yet the Texas case has probably brought the United States closer to same-sex marriage, and that will have more egregious consequences, according to McDermott.

"When both sexes are abandoned," thundered the 6th-century church father St. Cyprian, "this is clear proof of the ultimate corruption." By this the former bishop of Toulon in France meant the corruption of man's status as God's image, and image complete only by the union of husband and wife.

More than 14 centuries later another Frenchman, Jean Vanier, founder of L'Arche movement that fosters community life with people with developmental disabilities, described marriage as God's icon; it follows that seen from this perspective homosexuality is an idol because it does not point to the interdependence between husband and wife.

Murray raises another point: "On what grounds can we now declare prostitution, incest or polygamy illegal? At a recent international conference on human sexuality, Christl Vonholdt, a pediatrician and president of the German Institute for Youth and Society, warned of the many dangers inherent in a Canadian-style acceptance of same-sex marriage, a move that would further damage the public's perception of natural law. She pointed to the danger of a total annihilation of societal gender norms, a dearth of births, a deepening of the sexual confusion among the young, and disastrous medical and psychological reverberations. According to Vonholdt, 66 percent of all homosexuals die of diseases related to their sexual preference.

Equally troubling is another prospect that is already well under way in Western Europe and Canada—the public marginalization of religions traditionalists as immoral and un-Christian. This may well bring the new, zeitgeist-oriented reading of the Constitution on one issue in conflict with another unshakeable right—the right to freedom of religion. All this ties in with a discovery Oxford anthropologist J.D. Unwin made as long ago as 1934 in his study, Sex and Culture (Oxford University Press).

Having researched more than 80 cultures past and present on this subject, Unwin discovered that societies, which do not impose some restraint on their sexual behaviour, cease to develop significant social energies after only one generation. Conversely, when social regulations forbid indiscriminate satisfaction of sexual impulses, the emotional conflict is expressed in another way. In other words, civilizations are built upon sacrifices in the gratification of innate desires.

That, too, appears to be a phenomenon linked to natural law, which according to St. Thomas Aquinas can be blotted out from men's hearts, not as a general principle but "in the case of a particular action … on account of concupiscence (desire) or some other passion." As the highest authority on civil law, the Supreme Court and similar secular institutions of the Western world were in a sense also guardians of natural law to which they owe their very existence, at least as seen from the theological perspective.

This has nothing to do with imposing any particular religion on the secular state. Until relatively recently non-Christians supported the tenets of what believers call natural law because they held society together, preventing bloody chaos.

It appears that the Supreme Court, kowtowing to ideological agendas, has steadily moved toward an abandonment of this guardianship, starting with Roe v. Wade in 1973. So then, who nurtures this gift that is written upon our hearts? There's nobody left but the Church.
What does this mean for churches that are themselves moving toward blessing same-sex unions and ordaining active homosexuals as pastors, priests and—as will probably soon be the case in England and New Hampshire—bishops. Whose job should it be to keep order?

Well, not those churches. With their shenanigans they are shrivelling into oblivion, anyway. But there are other, faithful churches whose finest hour may be near now that even the Supreme Court seems to have succumbed to a fad. Not that these faithful denominations (and confessional groups within the mainline churches) should usurp the functions of the secular state in upholding natural law.

It will be sufficient if they reassure the majority of the people in what most know already—that a natural law is written upon the created order and their own hearts. In the context of the present sexuality debate, that law very much includes an insight best formulated 1,600 years ago by the British Bible scholar Pelagius: "Once lust is unbridled it knows no limits. In the order of nature those who forgot God did not understand themselves either."
Uwe Siemon-Netto is religion editor for United Press International.
Posted by My name is Mark Williams. at April 12, 2010