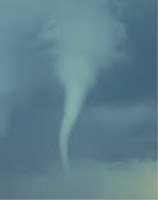 I was recently visited by a man from an organisation that conducts surveys for various bodies including the Government and the Welsh Assembly. This latest one was about the health of the nation and his purpose was to gather information which he would then feed back to the Welsh Assembly to help them plan future provision for health care in Wales.

I was intrigued by this and asked him if his employers were the ones that recently carried out a survey of 5000 people to find out if attitudes towards homosexuality and marriage, among other things, had changed in the UK. As you may have read some 36% thought homosexual acts were "always" or "mostly" wrong, down from 62% when the British Social Attitudes survey was first carried out, in 1983. On cohabitation, 45% said it made "no difference" whether a child's parents were married or just living together - up from 38% in 1998.

He admitted that he was part of that. I then told him that what really concerned me was that we were in danger of being governed by surveys, public opinion and statistics (“lies, damned lies and statistics”). Because the larger percentage believed that marriage was unimportant that did not necessarily mean they were right. He replied that 5000 people out of 61 million people in Britain may not be totally representative of the nation but it was a good cross section of opinions from people of different backgrounds etc and was therefore considered to be an accurate representation of the whole. I replied that it was still a matter of concern because the 5000 people represented were not in full possession of all the facts behind the questions or had heard the different sides of the argument. The assumption behind the survey was that all the people questioned had spent some time reflecting and researching the issues on the table and had given their opinions based on what they had thought through weighing up the pros and cons. It’s a false assumption and opens us up to government by public opinion which is a very dangerous route to take.

This growing danger was underlined in a YouGov poll for The Telegraph that found that more than four out of five people believed the law should be amended so that relatives would be allowed to help terminally ill relatives die without facing prosecution. Another poll carried out by ComRes for BBC1’s Panorama programme, found 73 per cent thought family or friends should not face prosecution for helping a loved one to die.

The Archbishop of York has condemned a campaign to legalise mercy killings saying that he feels it is being driven by celebrities without any regard for Parliament and the will of the “silent majority”. He is quoted in the Daily Mail as saying: “The silent majority never gets asked. One thousand out of about 61 million really is not very much guidance.”

In the recent lecture Sir Terry Pratchett said that there should be assisted suicide “tribunals” that would grant permission to the terminally ill to end their lives and being a high-profile and popular author his opinions carry great weight. Government by personality or celebrity!

Also what concerns me is that behind all of this is a belief in progress. That somehow as time goes by and we become more developed as a country we are getting better and better, more enlightened, mature and grown up. But are we? Are we making progress? Are we really kinder, less selfish, more considerate and closer as communities than previous generations? I don’t think so and my conversation with the opinion poll man and recent news confirms my fears. Empires have come and gone. Opinions change and people too. We all know what happened to Germany and what people had come to believe of the Jews. We must be on our guard. We sow the wind and we will reap the whirlwind.
Posted by My name is Mark Williams. at February 02, 2010