What if He meant it? 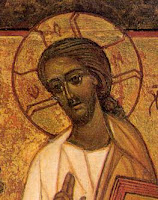 During my prayer time these words of Jesus popped into my head:

"For whoever desires to save his life will lose it, but whoever loses his life for My sake will find it." (Matthew 16:25 NKJ)

As I thought of these words of Jesus a question came to mind. "What if He meant it?" A strange question when my whole ministry as a priest has been built on the premise that Jesus meant everything He said and did, otherwise why bother to follow Him let alone encourage others to do the same. If He did not mean it - or indeed any other thing He said or did - then why worship Him, or read what He said or indeed bother with Him at all?

And yet it is not such a silly question because there are times when we don't act as if He really meant what He said. Sure we understand His teachings and they challenge us deeply (if we understand them right), but then when we come to applying what He teaches to our own lives something curious happens. We try and find ways of interpreting or even altering what He has said so that it fits the way we want to live. We try and read His words so that what He says conforms to our chosen lifestyle and not the other way round. It's a way of watering down what we see as too demanding so that we are not too adversely affected but still feel warmly religious or reassuringly devout.

Take the above passage from Matthew. Taken at face value - and in our 'interpretation' of what Jesus says we would argue that we should not be too literal about this as it is "going to extremes" - Jesus is making a demand on His would-be followers that if taken seriously, as He intended, would radically affect the way we lived. What He is saying, in effect, is that trying to preserve our life unaltered - i.e. saving it - will mean that ultimately we will lose life. We will not be able to enjoy the 'salvation' or wholeness He has come to give us. Alternatively if we put less store on preserving our life unaltered, allowing His teaching to change us - i.e. losing it - then we will indeed find 'life'. We will enjoy the 'salvation' and wholeness He has come to bring us.

Now I can already guess some of the objections to this:
1. Jesus does not want us to become monks or nuns.
2. Jesus was speaking to disciples i.e. Peter, John, or those who, like them, were to become leaders of the church in the future. Those who have a 'special calling' as opposed to 'ordinary Christians' like churchgoers.
3. Jesus meant this for the Apostles, those who had to be super-committed in order to get the Church up and running. Who had to be willing to actually die for Him, unlike us.
4. Jesus meant a once for all commitment to "give our lives to Him" - a metaphorical/symbolic handing over 'control' or 'ownership' of our lives/existence to Him. As a once off act/self-sacrifice we can then live our lives for Him but without being too over the top or fanatical.
5. Jesus was not being literal. It was another way of saying "follow me" but without the extreme response that He appears to suggest if we take His word at face value.

I am sure there are many different ways of trying to duck what Jesus actually meant, or reading them in ways that lessen their, dumbing them down so that they mean next to nothing. Nice words, even powerful words, but with no real message for the vast majority of Christians, including us.

But what if He really meant what He said, that this handing over of our lives was meant to be every day and in every way? What if the 'life' He offers/promises is tied up with our daily response to His Lordship? What if we did lose our life by trying to save/preserve it? What happens if we have got it wrong?

I like these words of Dallas Willard, worth quoting in full:

"In 1937 Dietrich Bonhoeffer gave the world his book "The Cost of Discipleship". It was a masterful attack on "easy Christianity" or "cheap grace," but it did not set aside - perhaps it even enforced - the view of discipleship as a costly excess, and only for those especially driven or called to it. It was right to point out that one cannot be a disciple of Christ without forfeiting things normally sought in human life, and that one who pays little in the world's coinage to bear His name has reason to wonder where he or she stands with God. But the cost of nondiscipleship is far greater - even when this life alone is considered - than the price paid to walk with Jesus.

Nondiscipleship costs abiding peace, a life penetrated throughout by love, faith that sees everything in the light of God's overriding governance for good, hopefulness that stands firm in the most discouraging of circumstances, power to do what is right and withstand the forces of evil. In short, it costs exactly that abundance of life Jesus said He came to bring (John 10:10). The cross-shaped yoke of Christ is, after all an instrument of liberation and power to those who live in it with Him and learn the meekness and lowliness of heart that brings rest to the soul...The correct perspective is to see following Christ not only as the necessity it is, but as the fulfilment of the highest human possibilities and as life on the highest plane."
From "Devotional Classics" edited by Richard Foster and James Bryan Smith pp16-17

A lot of people just don't 'get' Christianity, including those from among its ranks. The reason for this is an unwillingness to take Jesus' teaching seriously and at face value. We read what He says but through worldy spectacles which distort things in such a way that His words lose their value and their power to change. We need to start with the assumption - correct as it happens - that He really meant what He said and that all the promises He makes are predicated on taking Him completely at His word. Anything less will otherwise mean that we will miss out on the life He has promised those who trust and obey Him.
Posted by My name is Mark Williams. at July 21, 2009 No comments:

Email ThisBlogThis!Share to TwitterShare to FacebookShare to Pinterest
Labels: Jesus, life, taking up the cross, teaching

“Prayer is food for the soul. Do not starve the soul, it is better to let the body go hungry. Do not judge anyone, forgive everyone. Consider yourself worse than everyone in the world and you will be saved. As much as possible, be more quiet”.
St. Joseph of Optina
Posted by My name is Mark Williams. at July 20, 2009 No comments:

I came across this prayer the other day by 5th century Saint Chrysostom "the golden-mouthed". It is a reminder that without God's help the Bible - His Word - remains a closed book.

"O Lord Jesus Christ, open Thou the eyes of my heart, that I may hear Thy word and understand and do Thy will, for I am a sojourner upon the earth. Hide not Thy commandments from me, but open my eyes, that I may perceive the wonders of Thy law. Speak unto me the hidden and secret things of Thy wisdom. On Thee do I set my hope, O my God, that Thou shalt enlighten my mind and understanding with the light of Thy knowledge, not only to cherish those things which are written, but to do them; that in reading the lives and sayings of the saints I may not sin, but that such may serve for my restoration, enlightenment and sanctification, for the salvation of my soul, and the inheritance of life everlasting. For Thou art the enlightenment of those who lie in darkness, and from Thee cometh every good deed and every gift. Amen."
Posted by My name is Mark Williams. at July 20, 2009 1 comment:

In Essentials Unity, In Non-Essentials Liberty, In All Things Charity

There is an old religious joke that has been doing the rounds for years which goes like this:`` I was walking across a bridge one day, and ...