A time to live and a time to die 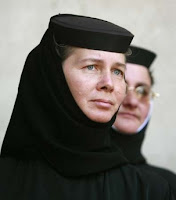 I write this blog having visited my father who is in hospital recovering from an infection. He is in the later stages of dimentia and so only vaguely knows who I am. There was a time about a week ago when we thought he was nearing the end. He had developed a chest infection, was confined to bed and had stopped eating or drinking. He was admitted to hospital in a very poor state and had to be put on a drip. He continued to show no interest in food or drink and slept most of the time. Knowing a little bit about dimentia (I am part time chaplian in a local Mental Health Hospital) I wondered if he had reached that stage in his illness when the eating/drinking reflexes had ceased to work and his mind was finally shutting down. But today he woke when we called and the nurse told us he was responding to the antibiotics and had eaten dinner. He jabbered away during the whole visit and smiled and winked and laughed – at what we don’t know. It was quite a transformation and suddenly there is life again and we are all amazed, puzzled and pleased.

Dad has had several ‘near misses’ over the past year with a couple of admissions to hospital after mini-strokes or a chest infection. Each time he has bounced back although a little weaker each time. He is 92 going on 93 and although there is little real quality to life, he is not ready to go yet. Why is this? When he is unable to recall his wife of 63 years, talk and think coherently, read a book or a newspaper or follow sports or watch a film, why does God keep him here when others die tragically young full of life and vigour with so much to look froward to and do?

I think that like much of life there is a deep mystery here which we cannot fathom and being a CHristian is, to a certain extent, about accepting this and trusting God. What is faith but trusting someone who possesses knowledge and power that you do not have but whose character is one of love and wisdom?

There are possible answers in my own situation which are not the full picture but seem to be lessons I am being taught. For example dad has never been demonstrative and so we have never been close in that sense. However as he jabbers away in bed I find myself stroking his hand or touching his face or tidying his hair. I kiss him before we leave and I smile a lot when he looks at me. There is intimacy now where there was distance. Is that why he is still here so that God has given me a chance to get closer to my father – a kind of healing? I don’t know.

Also in my busy life where I get caught up just doing ‘things’ almost on automatic pilot it does me good to make the trip down the hospital and feel upset and anxious about someone close. It’s a way, I suppose, of being made human again. I can’t protect myself all the time or become so ‘professional’ and self-controlled that I bury feelings and retain a sort of aloofness from the pains and sufferings of others. Of course breaking down at every funeral etc will render me completely incapable of seeing things through – someone has to be in charge – but at the same time it can lead to a kind of robotic subhuman behaviour which is surely not good for the soul.

So visiting dad is a kind of healing. It keeps me reaching out instead of closing off. So there is a “time to live and a time to die” (Ecclesiastes 3:2) but only when whatever needs to be done is done, or a lesson that needs to be learnt is learnt? And of course when God in His infinite wisdom decides, with dad, that it’s time to go. (written originally on February 12th 2009)